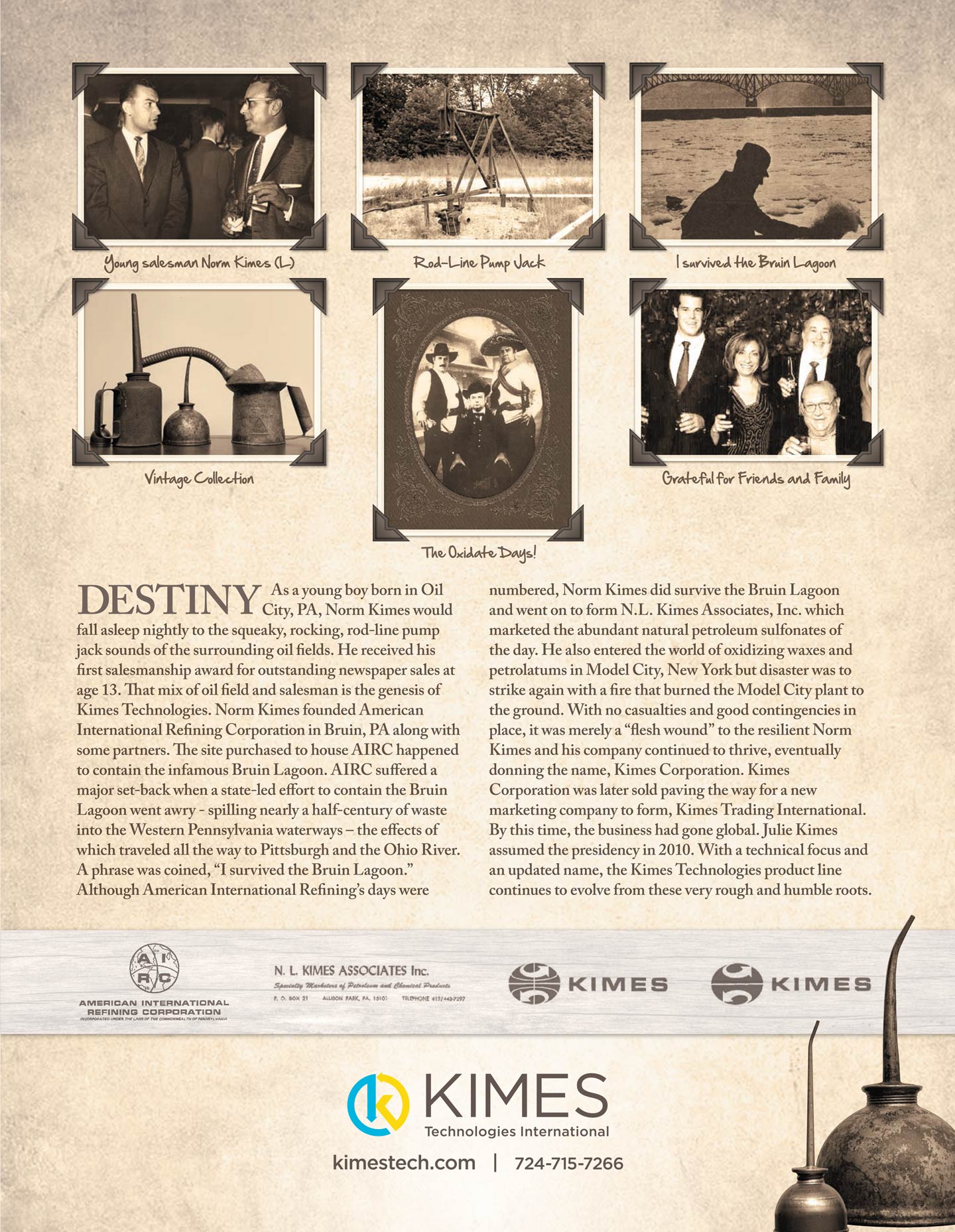 As a young boy born in Oil City, PA, Norm Kimes would fall asleep nightly to the squeaky, rocking, rod-line pump jack sounds of the surrounding oil fields. He received his first salesmanship award for outstanding newspaper sales at age 13. That mix of oil field and salesman is the genesis of Kimes Technologies. Norm Kimes founded American International Refining Corporation in Bruin, PA along with some partners. The site purchased to house AIRC happened to contain the infamous Bruin Lagoon. AIRC suffered a major set-back when a state-led effort to contain the Bruin Lagoon went awry – spilling nearly a half-century of waste into the Western Pennsylvania waterways – the effects of which traveled all the way to Pittsburgh and the Ohio River. A phrase was coined, “I survived the Bruin Lagoon.” Although American International Refining’s days were numbered, Norm Kimes did survive the Bruin Lagoon and went on to form N.L. Kimes Associates, Inc. which marketed the abundant natural petroleum sulfonates of the day. He also entered the world of oxidizing waxes and petrolatums in Model City, New York but disaster was to strike again with a fire that burned the Model City plant to the ground. With no casualties and good contingencies in place, it was merely a “flesh wound” to the resilient Norm Kimes and his company continued to thrive, eventually donning the name, Kimes Corporation. Kimes Corporation was later sold paving the way for a new marketing company to form, Kimes Trading International. By this time, the business had gone global. Julie Kimes assumed the presidency in 2010. With a technical focus and an updated name, the Kimes Technologies product line continues to evolve from these very rough and humble roots.